Home » The business of managing change

The business of managing change

Business Managers who have been trained in the seventies and some later will recognise much of the content of this document. Understanding some of the history brings about an awareness of where we are now and where we could be tomorrow.

Business management is often overcomplicated and to remedy this I will attempt to bring one or several elements into definable focus.

A business is not “human” at the start – it is simply a list of ideas that one or more people believe could generate sufficient profit to make it worthwhile.

Once the business is established and more than one person is working within the business, or the owner needs to liaise with other businesses and suppliers, the management moves into a second phase of Managing Tasks Through People.[MTTP]

As a business grows it goes through recognisable phases where management styles need to change in emphasis to enable that phase to move into the next. [Centralise or decentralise]{MBO and/or MTTP}

In todays modern world the job of looking after strategy and vision is still often left to a small group of people who are able to meet and decide on the necessities of keeping the business growing without having to be concerned with the impact their decisions might have on the people working for the business. This fact becomes exaggerated when the business runs into financial problems or need to undergo significant change.

The job of looking after the people was at one time delegated to the HR department, and with an ever increasing level of risk management arising as a result of changes in society, this role changed with it to preventing the business from being taken to court for any number of reasons from unfair dismissal to sexual harassment.

It became more and more common for business’s to want to “profile” potential senior managers and a selection of “tests” became available from a number of sources. Some of these were test designed to work out IQ [GTQ, EQ etc] and a range of measurable abilities such as numeracy and special awareness, and others were beginning to look at soft skills, although people were still not convinced these had any real value when choosing a potential candidate. These tests have become the norm today for any job role and it is recognised that hard skills and soft skills make up the requirements for any job role in almost equal parts.

In the later 90’s, management training became an ever expanding business in its own right and many mangers undertook years of intensive skills training to allow them to fully understand many of the basics of people management intertwined with MBO, as they coexist all of the time.

MBO training looked at things that could be measured directly and tested, just as you would a scholar taking an exam. These measurements were then rolled up into tables [Norm tables] that allowed management to assess the depth of knowledge for any one individual against a set of National or even International “norms”.

The soft skills side was led by Thomas International who developed s very simple system that everyone could understand and offered an independent view of any persons working strengths for the way they approached a job role. These measurements could not be used as “quasi tests”, one person against another and are called Ipsitive.

If we now look at a great deal of the training that has ben developed over the years for management, we can see that much of the MBO training falls into the Normative category and the People skills [MTTP] into the Ipsitive. This is why both of these measures have an equal status.

Today we have so many tests available to us that we are in danger of taking the ones that we “LIKE” over the ones that actually offer us the tools to do the jobs we need done. People love to see themselves in a good light and want to share the good with others – we now pander to this ideology and try and call it motivation.

There always has been a distinct gap between management at all levels understanding how a person should be measured in relation to the job that needs doing. Generalisation has often been the name of the game. [Note; the bigger the company the more likely it is that all of this has been overcome for them to survive their sheer numbers]

There was a time when the most senior HR people undertook the HR “Institute training” and followed the guidelines of the “Institute of Psychologists” [ real names excluded]. At this time they looked in depth at Job Evaluation techniques. With the advent of computer-based applications, this has been dropped to “almost zero” with many new managers preferring to make decisions about jobs and people from computer generated reports turned out in massive numbers.

These decisions are compounded by a need to essentially simplify the role of management to measuring performance on a monthly basis for business performance and annual basis for human performance. The end result is that many business owners now measure far too many figures relating to the money side of the business [and call these KPI’s – they are actually KRI’s and do not offer ways to change the way things are done before it is too late], whilst line managers are left to review staff performance annually where nothing ever changes other than some shirt term demotivation of all parties.

If all of this is true in your business today, then a gap exists. One that does not bring business to a halt, just one that determines how efficient that business is going to be.

The UK is now measured in part by its ability to be efficient, set against other countries that offer an apparent efficiency rating much higher than ours. The truth is that other countries far behind the UK in terms or business efficiency, can complete tasks much faster than us based purely on the amount of cheap labour available and their lack of risk management restrictions.

The UK is entering a phase where its ability to bring in cheap labour to try and equalise the difference is caught up with a lack of investment in internal training from senior schools through universities to apprenticeship schemes. As “online” takes over from “hands on “– we are left in no mans land with the choices for our future now dependant on a few “high level” international finance institutions making money before planning in stability.

Whilst this overexaggerates the day to day management of many business’s, it does make sense of why many of those business owners still look to improve efficiency. Time and resources cost money and people are the biggest cost for many. Is it really possible them to gain financial reward from improvement in the management of people?

If the simple facts are:

The business of managing change is all about understanding where you are now and where you need to be and by when. What stands in your way needs to be an opportunity for change not a hurdle or a brick wall. The mindset for change needs to be managed in equal part to the financial modelling to enable change.

You drive a company car. You get it serviced regularly [as long as you can afford it], and you let a trained mechanic look after it. The government requires you to undertake an annual safety review – the MOT – when did you last carry out an MOT on your business?

If you were offered a potential efficiency increase of say 10%- would you look at it seriously. What would this mean for your bottom line in year one – now in year two with no extra costs?

What if you could get more than 10%- when would you decide you could not ignore the opportunity?

You are a risk manager ever day. The cost of an initial fact-find in relation to the above is in your control. Call today and discuss what it is worth to you, then we can both win, one way or another. A phone call only costs pence…

Get your free consultant meeting 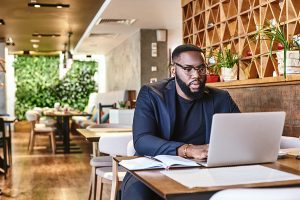 How Important is your company’s value statement and is it based on… CHOICES? 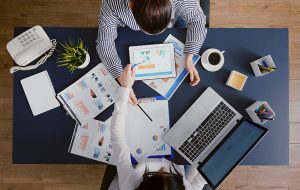 August 26, 2022
We use cookies on our website to give you the most relevant experience by remembering your preferences and repeat visits. By clicking “Accept All”, you consent to the use of ALL the cookies. However, you may visit "Cookie Settings" to provide a controlled consent.
Cookie SettingsAccept All
Manage consent

This website uses cookies to improve your experience while you navigate through the website. Out of these, the cookies that are categorized as necessary are stored on your browser as they are essential for the working of basic functionalities of the website. We also use third-party cookies that help us analyze and understand how you use this website. These cookies will be stored in your browser only with your consent. You also have the option to opt-out of these cookies. But opting out of some of these cookies may affect your browsing experience.
Necessary Always Enabled
Necessary cookies are absolutely essential for the website to function properly. These cookies ensure basic functionalities and security features of the website, anonymously.
Functional
Functional cookies help to perform certain functionalities like sharing the content of the website on social media platforms, collect feedbacks, and other third-party features.
Performance
Performance cookies are used to understand and analyze the key performance indexes of the website which helps in delivering a better user experience for the visitors.
Analytics
Analytical cookies are used to understand how visitors interact with the website. These cookies help provide information on metrics the number of visitors, bounce rate, traffic source, etc.
Advertisement
Advertisement cookies are used to provide visitors with relevant ads and marketing campaigns. These cookies track visitors across websites and collect information to provide customized ads.
Others
Other uncategorized cookies are those that are being analyzed and have not been classified into a category as yet.
SAVE & ACCEPT
× How can I help you? Available on SundayMondayTuesdayWednesdayThursdayFridaySaturday